There will be more change in the next 20 years than any 20-50 year period in history. In fact, future historians may well look back on this time as a historical transit as significant as the beginning of the Industrial Revolution or the Renaissance.

It is hard to imagine any area of life that will not be changed. This means that it will be disconcerting, disorienting, disruptive and that “reality” as we know it today will end. This of course means that a significant percentage of humanity will have great psychological upset as we all like, or at least accept, our version of reality.

This is not a warning but a call for readers of this column to begin to prepare for massive, inevitable change. It is my responsibility as a futurist to be a catalyst to get people to think about the future and to help readers and audiences find context and concepts to better understand the changes going on and where they will most likely lead.

Here are just some of the probable changes ahead for Americans and most developed countries around the world between now and the late 2030s:

The list could go on, but the above one provides an indication of what does lie ahead. I am so confident of these forecasts that you can print this column and file it away to read in 2025 or 2030.

The definition of “Shift”:

“to put something aside and replace it with another or others, change or exchange”

The definition of “Transformation”:

“A change in form, appearance, nature or character”

A quote from Dr. Alvin Toffler, one of the greatest futurists of the last 50 years:

Perhaps my favorite quote about the future:

So, in your business, your profession or your personal life, open up to embracing change, accepting transformation and you can prepare yourself to enjoy being alive during one of the most interesting times in history!

Note: Much of this column first appeared in the Sarasota Herald-Tribune 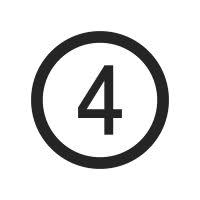 The Four Overarching Dynamics of the 2020s

There are a number of trends and forces that will manifest in the 2020s. These are all important and will be subjects of subsequent columns. Many of these trends  reside within these four overarching dynamics of the decade:   The Age of Climate Change The Age of Intelligence The Reinvention of Capitalism and Democracy A […] 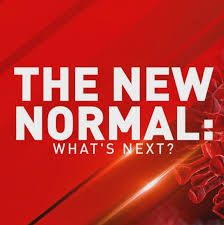 Starting in 2019, the world moved from the Pre-Covid-19 period into the Covid-19 period.  Everywhere clusters of people were becoming infected with Covid-19 and many deaths were occurring. Countries did their best to control the pandemic by urging their people to wear a mask, wash their hands frequently, avoid touching their faces and  keeping at […] 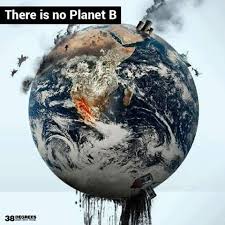 Seven Nightmares and Three Alternative Policies for Moderating Them

In thinking about mankind’s future, one can be either an optimist or a pessimist.   Let’s start with an optimistic mindset.  Taking a long view of mankind’s history, humans have moved far beyond the Neanderthal stage and today homo sapiens are the dominant human species. Humans have passed through the hunter/gatherer stage, the […]

The best of the Institute, right in your inbox.